Airshow received a call from Dean Blackwood of Revenant Records in January, 2013. We last worked with Revenant over ten years ago on the Grammy-winning “Screamin’ and Hollerin’ the Blues: The Worlds of Charley Patton,” and prior to that on projects by Captain Beefheart, the Stanley Brothers, Charley Feathers, Dock Boggs, and others — a pretty diverse catalog!

Dean and the label had taken a hiatus, but he was ready to jump back in with both feet to release “The Rise and Fall of Paramount Records,” a two-volume release of 1,600 songs, nearly every track recorded by Paramount, an early 20th century record label that was home to an amazing assortment of artists: Louis Armstrong, Fletcher Henderson, Ma Rainey, Alberta Hunter, Charley Patton, Son Seals, Skip James, Papa Charlie Jackson; the list goes on. 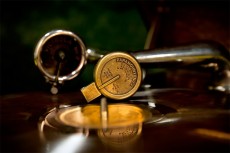 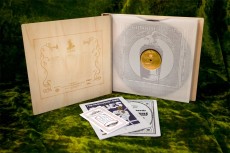 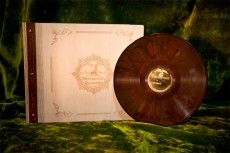 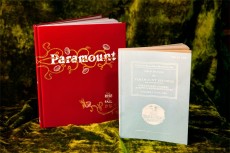 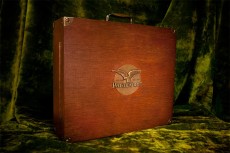 Dean thought Airshow had the expertise for handling such a large restoration and mastering project and asked if we would we be interested in signing on to his crazy vision. Yes to both — Airshow does have a track record for working on this kind of large project, and yes, we are crazy enough to join him. We would start with the first 800 songs to be included in Volume One.

I was pleased to learn that disc transfers from 78s would be handled by Christopher King, an expert in this field whom we have worked with on many projects. He provided us batches of flat transfer files at 44.1 kHz/16-bit resolution and we took it from there.

In this project, we faced two challenges: one, creating a cohesive sonic whole from hundreds of disparate parts, and two, keeping track of all the elements of the project during the process at Airshow.

Anna Frick and I handled restoration and mastering. The original transfers, even with Chris King’s best effort, sometimes were really rough. In restoration, the engineer walks a tightrope preserving the essential character of the music while mitigating the impact of early recording and record pressing technology. To take out every bit of noise would disrupt the integrity and sonic range of the music. We used iZotope, Sonic Studio NoNoise software, and other processes to isolate the heart of the song and keep it intact while bringing the record closer to today’s listening standards. Every single song was a different experience – factoring in genre, recording style, and sonic condition. Creating cohesiveness among all the songs proved to be a challenge, so we’re pleased with the results.

Restoration and mastering weren’t the only challenges; keeping track of 800 songs is no simple task. We had to customize our database to be able to track which songs we’d received, where they were in the restoration  and quality control process, and to finalize and keep track of all of the metadata. Luckily, the FileMaker Pro database that we use for all of our projects provides us the flexibility to build out special tangents for projects like this. Using the database as our organizing tool, we were able to tag-team the work on each song seamlessly. Data was shared among several members of the Paramount team across the US, and we were able to keep abreast of the information flow.

Befitting a Revenant project, especially one co-released with Jack White’s Third Man Records, the packaging and presentation are over the top. We’ve only seen photos of the finished box — a portable cabinet of quarter sawn oak — and it’s the most impressive boxed set in Airshow’s history. It’s simply incredible, with LP’s, a USB with a custom player for audio and visual media, books, and other memorabilia. As Jim Ridley of Nashville Scene said, it’s “frankly one of the damnedest musical objets d’art I’ve ever seen.”