Last month Airshow teamed with Pulse Techniques’s Steve Jackson to explore the legendary Pultec passive equalizer. Steve is a PhD electrical engineer who spent nearly a decade in his basement R&D lab developing the EQP-1A3, a faithful reproduction of the Pultec EQ.

A great crowd of Colorado engineers and producers assembled to hear Jackson recap the history of EQ design, discuss a few of the serious challenges he encountered in the process of recreating the design, and share with the group what motivated him to undertake such a project in the first place. It was a fascinating view into the saga that started sixty years ago. 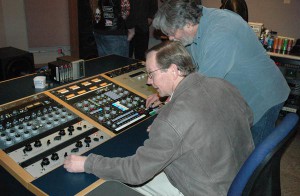 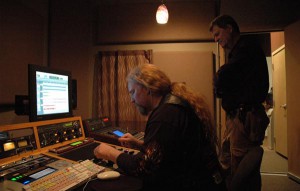 Everyone had the chance to try out the mastering version of the EQs in a mastering context in Dave Glasser’s studio and in a mixing context in Airshow’s Back Room mix suite, where Far-N-Away Studio’s and Geoff Gray demoed his pair of Pultecs. 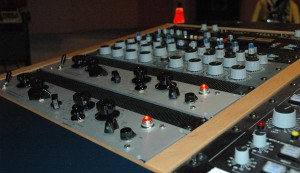