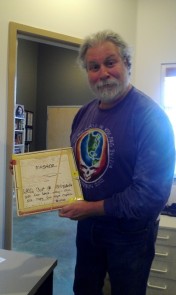 Any fan of the Grateful Dead would be thrilled – and a little nervous – if asked to remaster some of the best-known studio recordings of the past 45 years. Workingman’s Dead was my first real (and lasting) introduction to the band, and I wanted to be sure that the masters I created for release as high res downloads and as “mastered for iTunes” compressed downloads would make a positive contribution to this important recording legacy.

The collection of 13 studio albums is now available at HDtracks as 96kHz/24bit and 192kHz/24bit files, in aiff, alac, flac and wav formats.

The Grateful Dead studio albums were mastered from the original master tapes in Airshow Studio C in Boulder. Transfers were done at 192kHz/24bit from an Ampex ATR with Plangent replay electronics to a Prism ADA-8XR A/D converter into a soundBlade workstation. My studio, designed by Sam Berkow, has Dunlavy SC-V loudspeakers driven by Ayre Acoustic amps.

For comparison I referenced the previous CD versions of the albums and original LPs. The goal was to remain faithful to the originals while at the same time extracting as much resolution and detail as possible using modern technology – and improving on the original releases, if possible.

Some of the masters were transferred flat with no EQ or compression. That’s a testament to the mixing and production of the day; Terrapin Station, in particular, sounded spectacular right off the tape. When needed, EQ was either a solid-state Prismsound MEA-2, API 5500, or newly manufactured Pultec EQM-1A3 tube equalizers. Very light compression from a Fairman TMC was used on five of the titles. No peak limiting was used on any of the masters with the exception of Built to Last, the only album that was originally mixed to a digital recorder (Sony 1630). All the dynamics of the master recordings have been retained. Several of the tape boxes contained the original LP EQ notes, and these were taken into consideration. 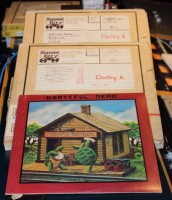 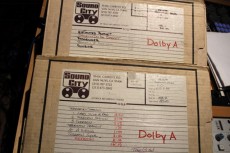 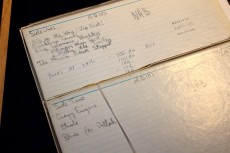 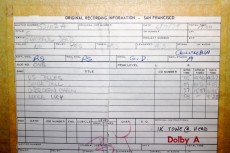 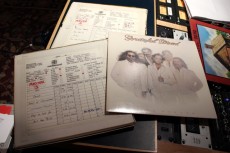 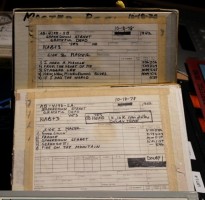 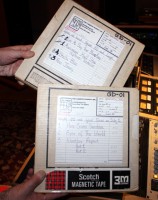 Plangent Processing, used so successfully on recent Grateful Dead live releases, was used on this project for speed correction and wow and flutter removal. It made a huge difference, and I think Plangent should be considered for any archival release. The ability to mitigate the mechanical shortcomings of the tape transports results in increased clarity and low-end solidity, stereo image stability, and a reduction of scrape-flutter induced distortion. You can hear this readily in the reverb of the a capella section toward the end of “Uncle John’s Band” from Workingman’s Dead, the amazing detail on the guitar and harpsichord on “Mountains of the Moon” from Aoxomoxoa, and the synthesizer section of “Unbroken Chain” from Mars Hotel. Plangent Processing uses the latent bias signal on the tape as a speed reference. Because this signal is very high frequency (90kHz up to 450kHz, depending on the make and model of the recorder), special analysis equipment and wide-bandwidth replay electronics and heads are used for transfers at Airshow, and the speed-correction processing is applied at Plangent’s lab in Massachusetts. (Read more on Plangent here)

Hearing Grateful Dead songs directly from the master tapes was a very special experience, and the 192k and 96k HDtracks releases are really the closest thing to hearing the master tapes.

The newly re-mastered versions of all of the Grateful Dead’s studio albums were all produced from the original analog master tapes in 2013, using the original album mixes. Unlike the recent HDtracks releases of Workingman’s Dead andAmerican Beauty in 2012, which were taken from the 2001 Mickey Hart-produced remixes of those albums, these new HDtracks re-masters are the original mixes of Workingman’s Deadand American Beauty from 1970. Now, you’ll be able to hear both the 1970 original mixes and the 2001 remixes in high resolution. 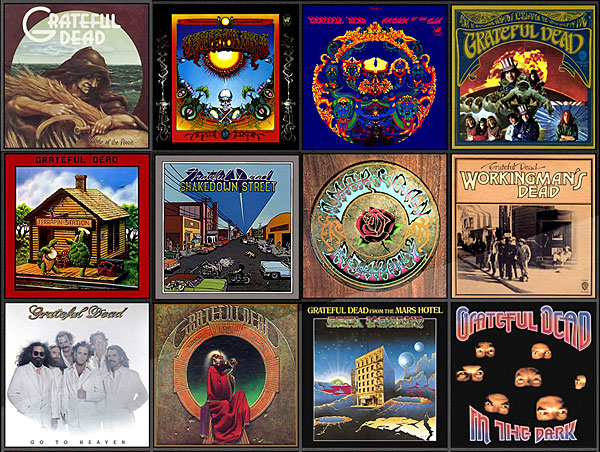