Airshow HQ sat down with mastering engineers David Glasser and Jeffrey Norman to talk about the massive undertaking of “30 Trips Around the Sun,” due to ship out this month. We even got Grateful Dead Archivist David Lemieux to chime in! 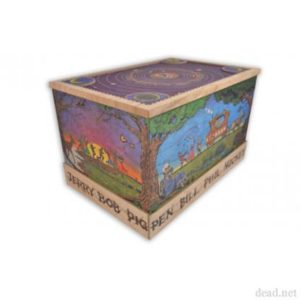 DL: When we started working on the “30 Trips Around The Sun” box set, the performance quality was of paramount importance, but following up closely in terms of criteria for the box’s music was sound quality. It was without hesitation that we called on our long-time mastering engineers Jeffrey Norman of Mockingbird Mastering, and Dave Glasser of Airshow Mastering, to produce the audio for the box set. Jeffrey and Dave worked very closely with one another to split the 30 shows, with each mastering 15 concerts. Dave was a true production partner on this project, intimately involved in creative decisions, and was able to handle any sonic anomalies we threw at him. Dave takes such immense pride in his work, and pays such close attention to detail, that we knew that anything that left his studio was as good as it could possibly be. Dave, we couldn’t have done it without you!

What did you enjoy most about working on this project? What challenges did this project bring?

DG: The Grateful Dead “30 Trips” box set was, for me, the perfect storm of mastering projects. It presented interesting and challenging technical issues; it was a large project with work done in multiple studios by several engineers who are all friends of mine; and the music is freaking great!

JN: Man, what a variety of audio sources! Everything from analog two tracks, analog multitracks (two shows), early digital PCM F-1, later digital DAT, and even cassette. Each seemed to present its own challenges: there were noise issues, speed issues, “lack of ambience” issues, lack of presence issues, and lack of low and/or high end issues. Fortunately the incredible musical voyages really tied everything together.

DG: Jeffrey mixed two of the shows from multitrack tapes: a legendary 1967 LA Shrine Auditorium show from 8-track, and a 1989 show from 24-track. The other shows were sourced from stereo recordings, representing several generations of recording technology – from analog tape to cassette, Sony PCM F1, and DAT. Each presented unique challenges. The analog tapes were restored by Jamie Howarth and John Chester using Plangent Processes wow and flutter removal technology.

JN: I mixed those two shows (1967 and 1989) at Bob Weir’s TRI Studio using the analog API console…that board sounds great! Mixing Grateful Dead is a wonderful treat, and mixing where it sounds so good and all the gear is top notch is an engineer’s dream.
During the mastering process, I used a couple of different equalizers (Sontec or Pultec), depending on what seemed to be appropriate, as well as a Fairman compressor. A Pacific Microsonics Model 2 was used for analog-to-digital conversion (as well as digital-to-analog conversion.) Sonic No-Noise and Izotope RX were used to tackle noise issues. Whenever possible (i.e., analog reel-to-reel sources), Plangent Processes was also used for speed correction.

DG: A large project like this requires careful organization and support. Anna Frick designed the database we use to track the progress of our projects and organize all of the information. She also does the final quality control checks on the masters before they are shipped. For “30 Trips,” we added a Grace 920 headphone amp to use for QC. 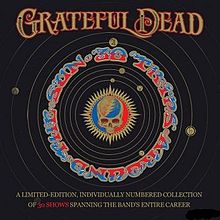 There were two mastering engineers working on the same project – Was this a good approach?

JN: David Lemieux and I discussed the Grateful Dead’s 50th anniversary project back in August 2014. As much as I selfishly wanted to do it all myself, I knew I needed help. Without question Dave was going to be the guy to share this project with – he’s the consummate professional and I think we have a similar approach to mastering. I thought we could do a great job on this and it would be consistent (or at least as consistent as possible for something covering 30 years of music!). As shows were being selected, we would split up what was chosen and end up mastering 15 shows each.

DG: During the course of the mastering, (which took six months to complete), Jeffrey and I conferred often, comparing notes. I am looking forward to hearing the 15 shows that Jeffrey mastered. I’ve only heard snippets so far.

JN: There was no pattern as to what year each of us worked on…whenever one of us was done with one year, that person would get the next show chosen. It was very cool because each of us got to sample the entire gamut of the Grateful Dead experience. (Well, at least the recorded experience!) 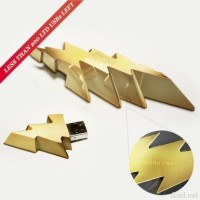 Rhino is selling two versions of the set: a 96k 24-bit high resolution version on a USB drive (shaped, of course, like the familiar GD thunderbolt), and a lavish wooden box with 80 CDs, a hardcover book, and other goodies.